American Wrestler: The Wizard (2016): In this inspiring tale based on true events, 17-year-old Ali Jahani is a newcomer to a small California town, where he stands out as different in an unwelcoming community. Living with his embittered uncle, the boy faces a mountain of adversity everywhere he turns. Rejected by everyone but determined to fit in, he joins the school's floundering wrestling team. With a chance to change how others see him, Ali must step up and learn to be a hero. 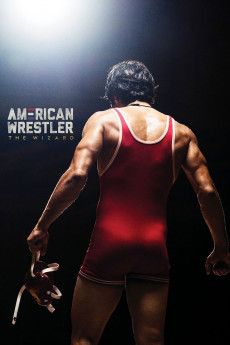 Hafez Tabad: I will admit it would be nice to see a Persian boy beat the Americans. In front of their friends and families, THAT is something I would like to see.

Dan 'Toad' Webster: I've taken on tougher sons of bitches than Knox. Jimmy Petersen: Not with your pants on.

Kristi Larsen: Nothing says small town like picking on the new kid.

Hafez Tabad: How was your first day at school? Ali: Not so bad. Hafez Tabad: You're lying. It's written all over your face.

Principal Skinner: Do you think you're special? Ali: No, sir. Principal Skinner: You're not. Everyone's family came here from somewhere else and they all had to endure some trouble from the people already here. That's... that's the way it works. That's the deal. And it's worked that way for over two hundred years. Now, uh, if you can accept that challenge, there's nothing you can't achieve. I believe that. I hear you're a smart kid. Good. Act like it. Stick your nose in the books, keep a low profile, and you're gonna get along just fine. That's it. You get one free pass.

Coach Plyler: I mean, have you ever even wrestled before? Ali: No, but I've endured more pain than anyone in this room.

Hafez Tabad: They're not expecting anything from you. You will surprise them. That's how you will beat them, and I am going to teach you how to bust their faces.

Hafez Tabad: Ah, come on. Be a man. If you are going to be irritated by every rub, how will you ever be polished.

Rowan Knox: Do you know who I am? Ali: Yeah, I know who you are. Rowan Knox: I'm suckin' down to 126. I mean, you can imagine what I'm putting my body through to cut that weight; so, out of respect for the process, if you're afraid to fight me, tell me now. Ali: I'm not afraid of you. [pause] Rowan Knox: You have to say that. I get it. I have a full ride to Stanford, if I want. Ali: Lucky you. Rowan Knox: I would say it's a bit more than luck. You see, when I want something, I don't stop until I get it. Ali: Good work ethic. Rowan Knox: You know what I really want? Ali: A sandwich. [Rowan smiles]

Hafez Tabad: When the hero fights the dragon, is he worried about hurting the beast? No. He takes his sword and drives it straight into its heart, and the crowd loves him for it.

Kristi Larsen: See? Now everyone knows. Call me when you get back from Mars.